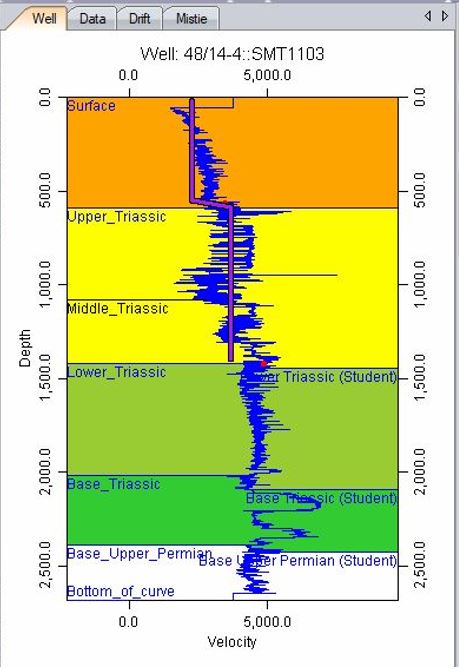 WELL MODULE There is now a mistie tab on the Well Module outlining the misties an. All available as an Excel output file. The mistie information includes Twt mistie, depth error before, depth error after and error after as a % of depth.

VELOCITY MODULE – High velocities below layers with zero thickness. A new input in VVG Property Grid – Base Velocity allows a dummy depth conversion to be completed under the last event. Note that the Dimension needs to be set to Instantaneous for this to be applied.

WELL MODULE  – The velocity profile of the model can now be overlain on the well section per layer for all intermediate layers.

WIZARD –  The salt wedge model (Compositional method) which has been available as a manual gridding method is now available in the Wizard. 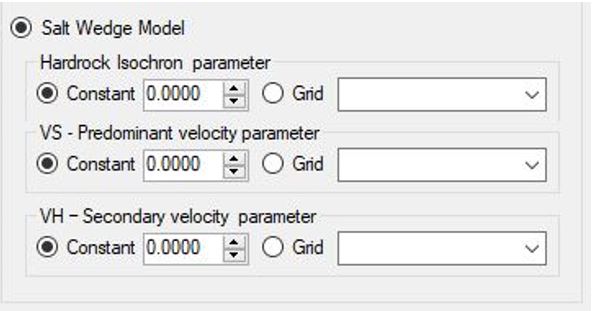 The “Salt Wedge Model 2” function allows for depth conversion of a layer containing two mixed lithologies, a predominant layer and a subordinate layer (or layers) that may be variable in distribution. The layer is defined as usual by a top and a base grid, but is unusual in that an isochron grid (i.e. a time thickness map) containing the distribution of one of the lithologies is also provided as an input to the function.

GRIDDING –  A new method has been developed allowing the user to make another grid from ZOXY using a grid as input.  This is intended to be able to change the AOI of the input grid but otherwise keep it the same as possible. In this gridding method the input is a Grid from the “Input_Refine” slot and not typically an XYZ file. 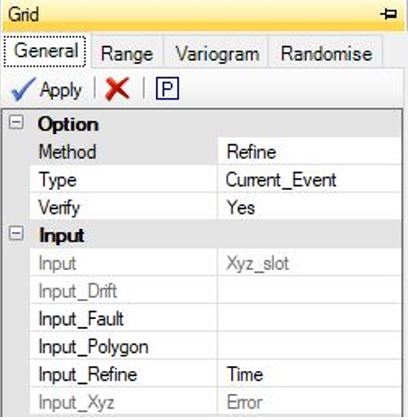 WIZARD – The Wizard can now work in a model with no wells, given that not all depth conversion methods require well information.

AMALG – Pseudo wells on can now be generated on Random 2D lines using the new brown button on the Amalg option. The wells will be generated on all random lines in the project. 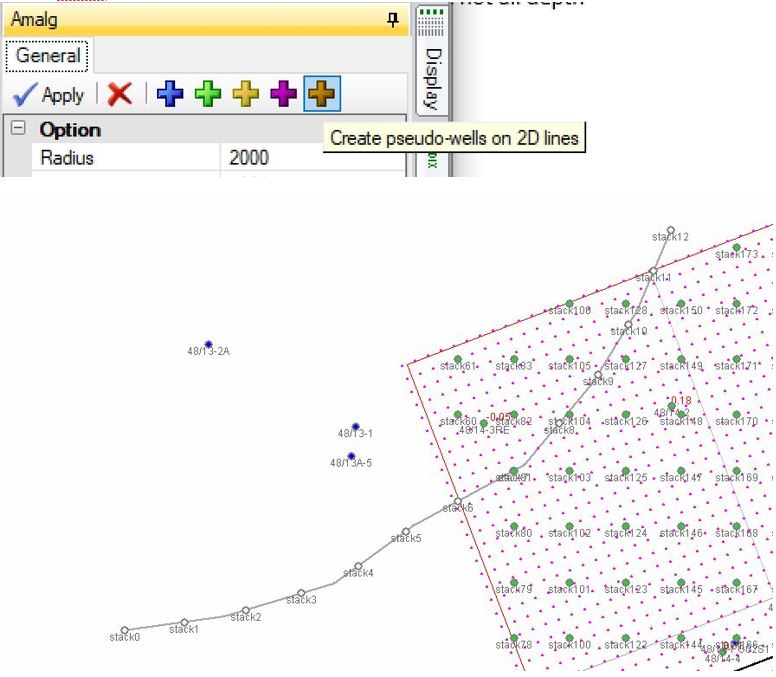 FILE IMPORT – a new import slot has been added to the Import menu – import-> profile stack XY. This is to support loading of stack data when the files contains XY but not line/cdp.

SURFACE COLOR BAR – The Color bar can now be switched off or on, on the Surface display using the new option in the property grid.

LONG WELL NAMES  – A Long well name will not now be truncated in the Properties of the Model.

WIZARD – If the Wizard experiences a negative isochron it asks if you wish to fix it with a simple Yes/No query before fixing it and advances. 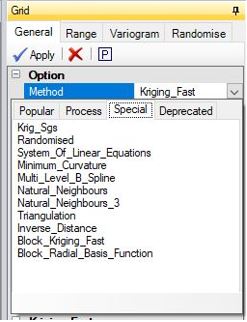 VELIT PETREL DE Link (VELIT) – Velit no longer has to sit in a Velit folder in the .ptd file. On first starting the link now from Petrel the user is given a chance to select where the Velit data folder is to go.