What Is Kingdom Seismic Inversion?

Seismic Inversion is a process used to predict real earth properties to better define hydrocarbon bearing reservoirs. It transforms responses from the reflecting boundaries of seismic data to a representation of true earth rock properties. From the physical rock properties that can be estimated from the seismic data it is usually possible to infer more interesting properties of particular target formations – e.g. lithology, porosity, pore-fluid content, by making use of the available petrophysical.

What does Coloured Inversion do?

Coloured Inversion is derived from well logs removing the smearing effects of the seismic wavelet as well as enhancing features, such as thin beds and discontinuities. CI is valuable in classifying rock and detecting the presence and effect of fluids and gas on that rock.

CI can be used as a base for comparison with other inversion. It can estimate the acoustic (P-wave) impedance, while it can also apply a 90° phase shift to the seismic data and generate a pseudo-relative impedance volume. 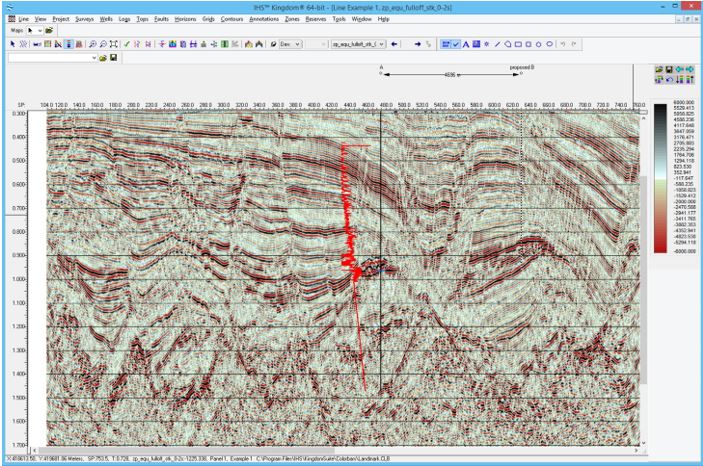 What does Simulated Annealing Inversion do?

Simulated Annealing Inversion determines the impedance values of a model which is a globally optimised solution. It derives a model that will reproduce the observed seismic responses with minimal error. Calibrated data in the form of good well-ties can be used to provide a reliable estimate of the seismic wavelet and calibration of seismic reflection amplitudes to match log reflectivities.

The supplied background information can be retained within the derived impedance model to deliver an Absolute Impedance result or removed to give a Relative Impedance product with the true Relative and Absolute Acoustic Impedance volumes being produced as the output.

It is valuable in removing artefacts associated with pseudo-relative impedance models and it provides a high-resolution result. 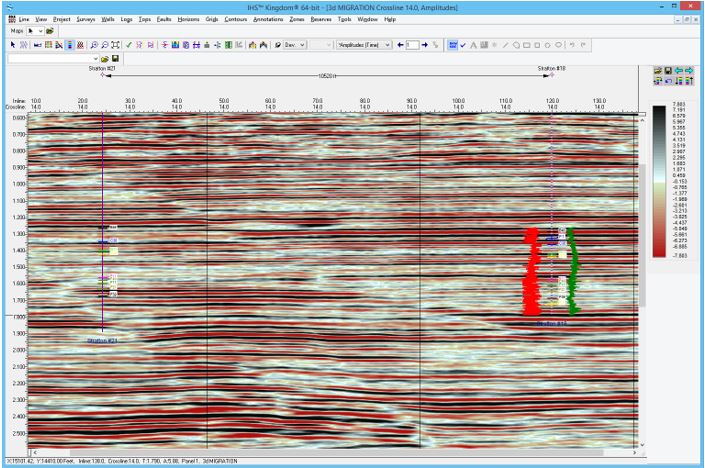 What does Pre-Stack Inversion do?

Kingdom PSI does not work on seismic gathers. Instead, it works primarily with Angle Stacks and existing technology available to the user through existing post-stack SA tools (SA Inversion) to run for acoustic impedance, shear impedance and density. The results are equivalent to those of simultaneous 3-parameter pre-stack inversion. Post-stack inversion estimates rock acoustic impedance, which is not unique in identifying lithology and fluid contents of reservoirs. Further elastic properties are required to predict formation properties, to reduce the non-uniqueness in both lithological classification and for detecting the presence and effect of fluids in the rock.

The goal of pre stack seismic inversion is to obtain reliable estimates of P-wave velocity (VP), S-wave velocity (VS), and density (ρ), from which to predict the fluid and lithology properties of the subsurface of the earth using amplitude versus offset information.

For each input partial stack, a unique wavelet is estimated and band-limited elastic reflectivity merged with their low frequency counterparts integrated to elastic properties.