A Look into a New Feature: Pre-Stack Coloured Inversion 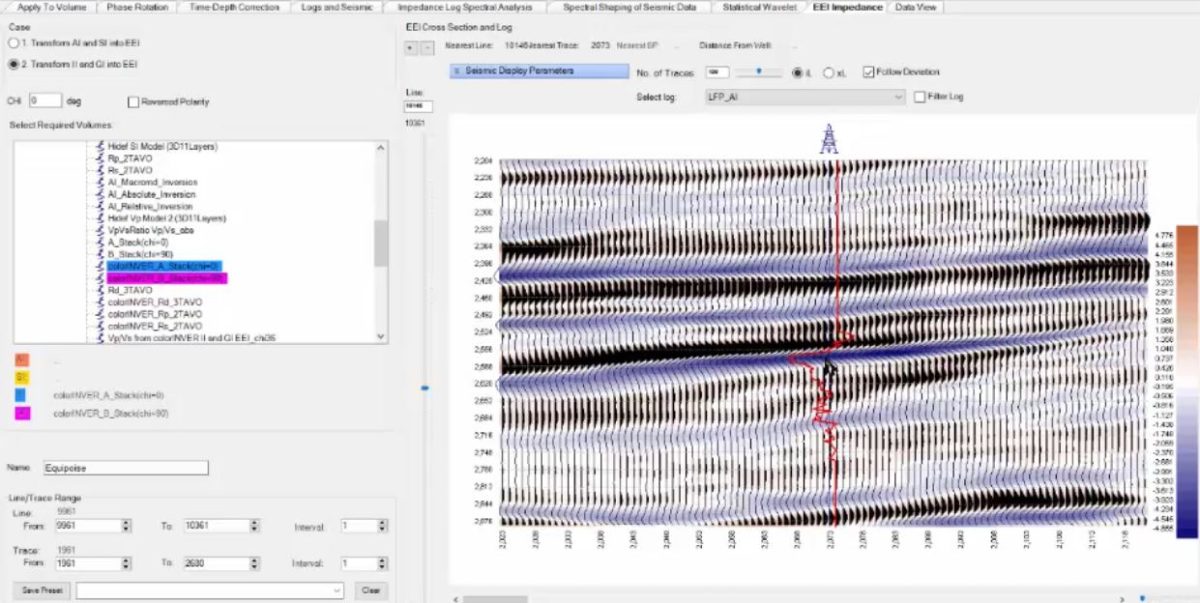 Ever thought about Kingdom Pre-Stack Coloured Inversion? Usually, Coloured Seismic Inversion is a post-stack method but we have recently extended our CI into the pre-stack domain. This offers a higher grade of detail with multiple attributes being generated quickly.

What is Pre-Stack Coloured Inversion?

We start with Pre-Stack Angle Stacks and do AVO Analysis to produce Intercept A and Gradient B and then Coloured Inversion of the A and B stacks is run to generate relative intercept impedance (II) and gradient impedance (GI). These then need to be rotated in to the EEI inversion (Extended Elastic Impedance) domain to produce the optimal chi for either an elastic or petrophysical parameter.

With your A stack and B stack volumes ready the user will use the new EEI Correlation tab in Pre-Stack CI to find the optimum Chi for each rock property. 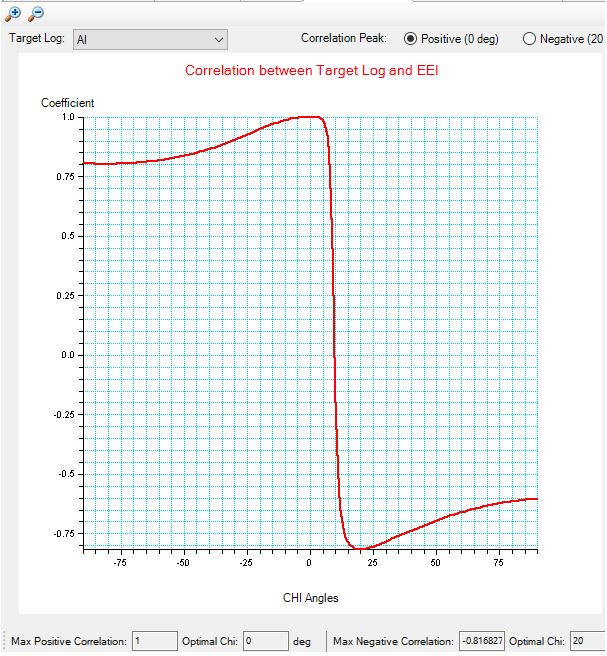 Choose a log and the correlation coefficient will be calculated. The highest correlation will give the best match between the EEI curve and the target log.

Using the new EEI Impedance tab in Pre-Stack CI, simply select the volumes generated and the related log and put in the Chi angle generated in the EEI correlation tab for the rock property you want, and the volume will rotate by that Chi angle to give you firstly the display of that volume and secondly the output of the volume.

In minutes, you will have high quality volumes for display in Kingdom.