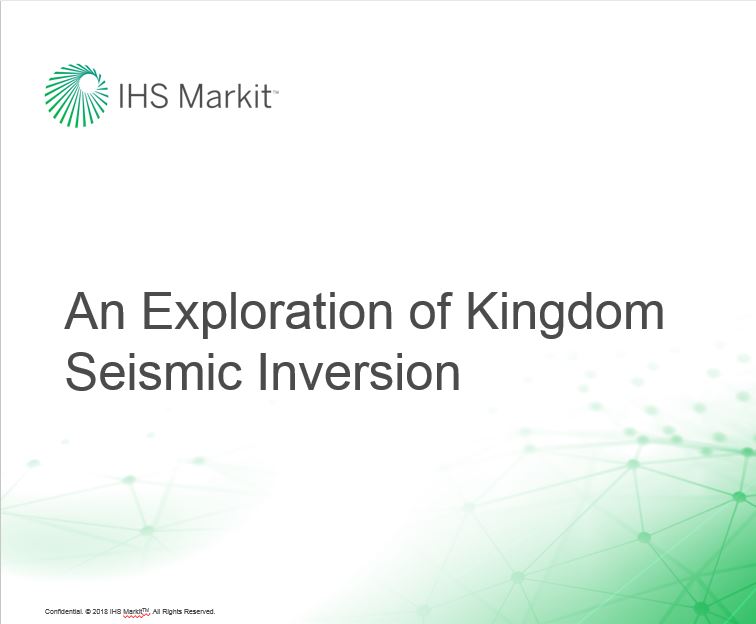 Fully integrated with Kingdom as well as Petrel, both modules serve as an ideal inversion packages which can be well independent and are only loosely coupled to the original starting model, producing results quickly.

The Colored Inversion module uses automatic seismic to well phase correction enabling you to create an inversion with less noise and signal instability. It supports single and multi-well analysis and uses sonic log to time-depth curve and check shot calibration.

The Simulated Annealing module is more a sophisticated Inversion which generates a more accurate Relative Impedance and Absolute Impedance for QI work. SA is a process analogous to the heat process where a metal is heated to a specific temperature and then allowed to cool slowly applied to numerical modelling problems to find the global minimum value.

The videos will guide you through an introduction of Seismic Inversion and then move onto the specifics of each type of Inversion, concluding with a walk-through demonstration showing how easy the modules are to use.